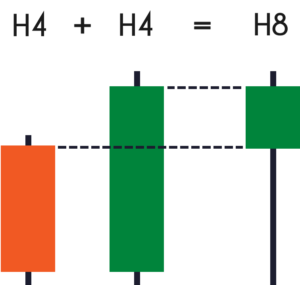 The MAEE Formula for this bullish engulfing strategy stands for:

Next, you need a valid entry trigger to get you into the trade such as the bullish engulfing candle.

Because no bullish engulfing strategy is complete without an exit plan!

Besides using the Bullish Engulfing Pattern as an entry trigger, it can also alert you to potential trend reversal trading opportunities for an engulfing trading strategy.

Go down to a lower timeframe and time your entry there with a bullish engulfing candle.

And how do you find such trading opportunities? After a strong momentum moves into Support.