Three Black Crows: Why This Candlestick Pattern Has Fooled Many Traders

Three Black Crows Candlestick: What is it and how does it work?

According to most trading books, the Three Black Crows is a bearish trend reversal Candlestick Pattern.

However, that’s the wrong way to look at it (and I’ll explain why shortly).

But first, here’s how to recognize the Three Black Crows pattern: 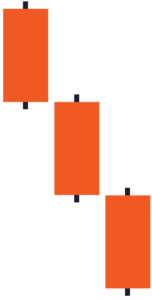 (And the opposite is called Three White Soldiers, I’m serious.)

“This looks like a bearish Candlestick Pattern. And it’s better to short the markets.”

Nope and here’s why…

Why the Three Black Crows pattern has fooled many traders

Just because the market has closed lower 3 days in a row doesn’t mean the uptrend will reverse.

Because the context of the market is more important than any Candlestick Patterns you’ll come across.

So, what do I mean by the context of the markets?

It means to look at the Market Structure, is it in an uptrend, range, or downtrend?

Here’s an example of a Market Structure in an uptrend…

As you can see, there are numerous Three Black Crows formed — and all these patterns failed. Why?

Because market structure triumphs any candlestick patterns — and it doesn’t matter if the name is Three Black Crows, Knight in Shining Armor, or whatever.

“But what about range markets?”

It’s a horrible idea to sell after a Three Black Crows pattern has formed (even in a range market).

After a Three Black Crows pattern has formed in a range market, the price is likely near the lows of Support (and far away from an area of value).

Do you want to sell into Support?

I hope not because Support is an area where potential buying pressure could come in.

Why sell into Support?

You’re better off shorting at Resistance. But, that’s never possible if you’re using the Three Black Crows to time your entry.

Now, does it mean the Three Black Crows pattern is useless?

Because if you do the opposite of what’s being taught, it might yield some interesting results.

The Three Black Crows is a losing pattern, here’s the proof…

Now, rather than selling when you spot a Three Black Crows pattern, look to buy instead.

Here’s a simple backtest to verify whether it works, or not.

If the price is above the 200MA, then look to buy only (or else remain in cash)

If the price forms a Three Black Crows pattern, go long on next candle’s open

Exit when 2-period RSI crosses above 60, or after 10 trading days 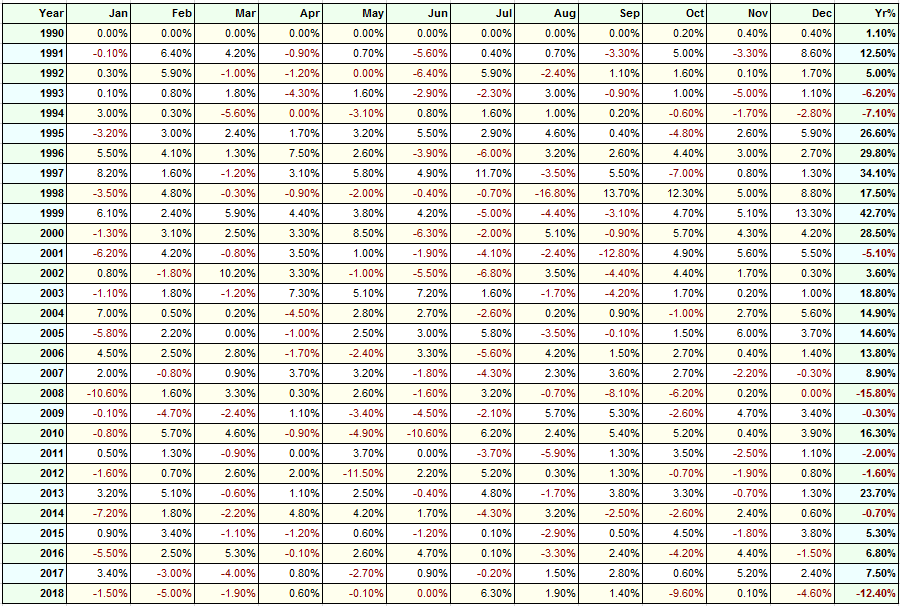 Clearly, by going against what the textbook teaches, this “system” actually generates a positive expectancy.

Also, I’ve tested this in Gold and Bond ETFs and the data shows the Three Black Crows is a losing pattern if you follow what the textbook says. But if you do the opposite and buy, it yields a positive result.

(Note: I can’t say the same for every market, that’s something you’ll have to verify yourself.)

How to trade the Three Black Crows pattern (hint: you do the opposite)

You want to go against the herd.

This means you treat the Three Black Crows Pattern as a bullish signal — alerting you of potential buying opportunities.

Here’s how to trade it…

The Three Black Crows is not useful to identify trend reversal, so what now?

So now the question is…

How do you use Market Structure to identify trend reversals?

Here’s what to look for…

1. Break of the prior swing low

You know an uptrend consists of higher highs and lows. So, when the price breaks below the prior swing low, it’s a sign the uptrend is getting weak.

Now, this doesn’t mean the uptrend is over because it could be a false breakdown and the market continues higher.

After the price breaks below the swing low, you want to know if the buyers are losing strength.

The easiest way to tell is when you see the price fail to re-test the highs but instead, makes a lower high and low.

How do you interpret the Three Black Crows pattern?