The Definitive Guide to Trading the Bull Pennant Pattern

This post is written by Jet Toyco, a trader and trading coach.

The bull pennant is a chart pattern that forms a triangle during pullback.

It’s a powerful and versatile chart pattern that lets you “buy low” in an existing uptrend.

But in today’s guide…

I’m not here to show you what the bull pennant is.

Instead, I will show you how to enter your trades with the pattern and profit from the markets.

After you finished reading this article…

You’re immediately equipped with practical knowledge to tackle the markets with the bull pennant pattern.

Then let’s get started!

What is the Bull Pennant Pattern, and How Does It Compare With Other Patterns?

I’m sure you’ve heard of the symmetrical triangle pattern, which you can check out in this article here.

What’s the difference between a bull pennant and a symmetrical triangle? 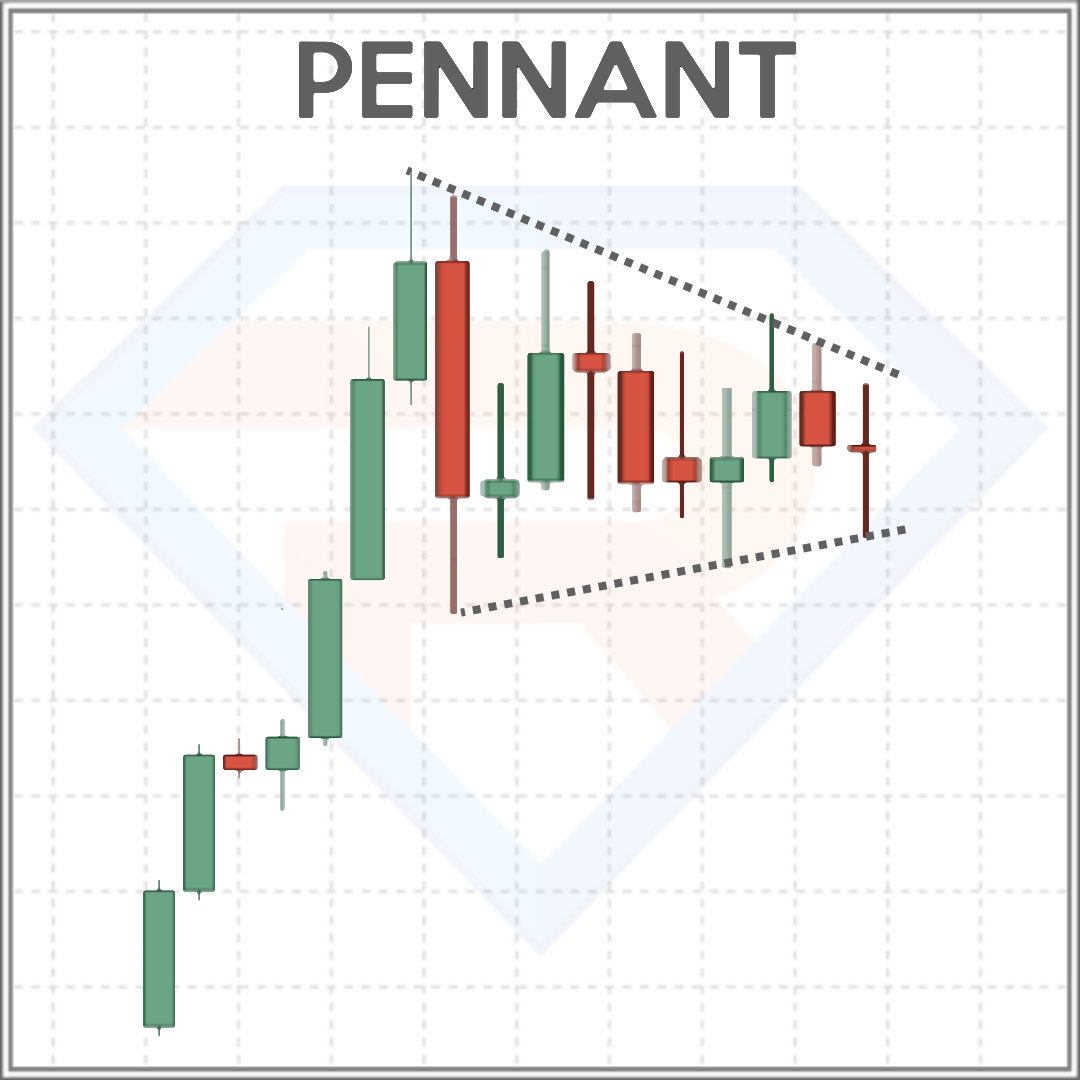 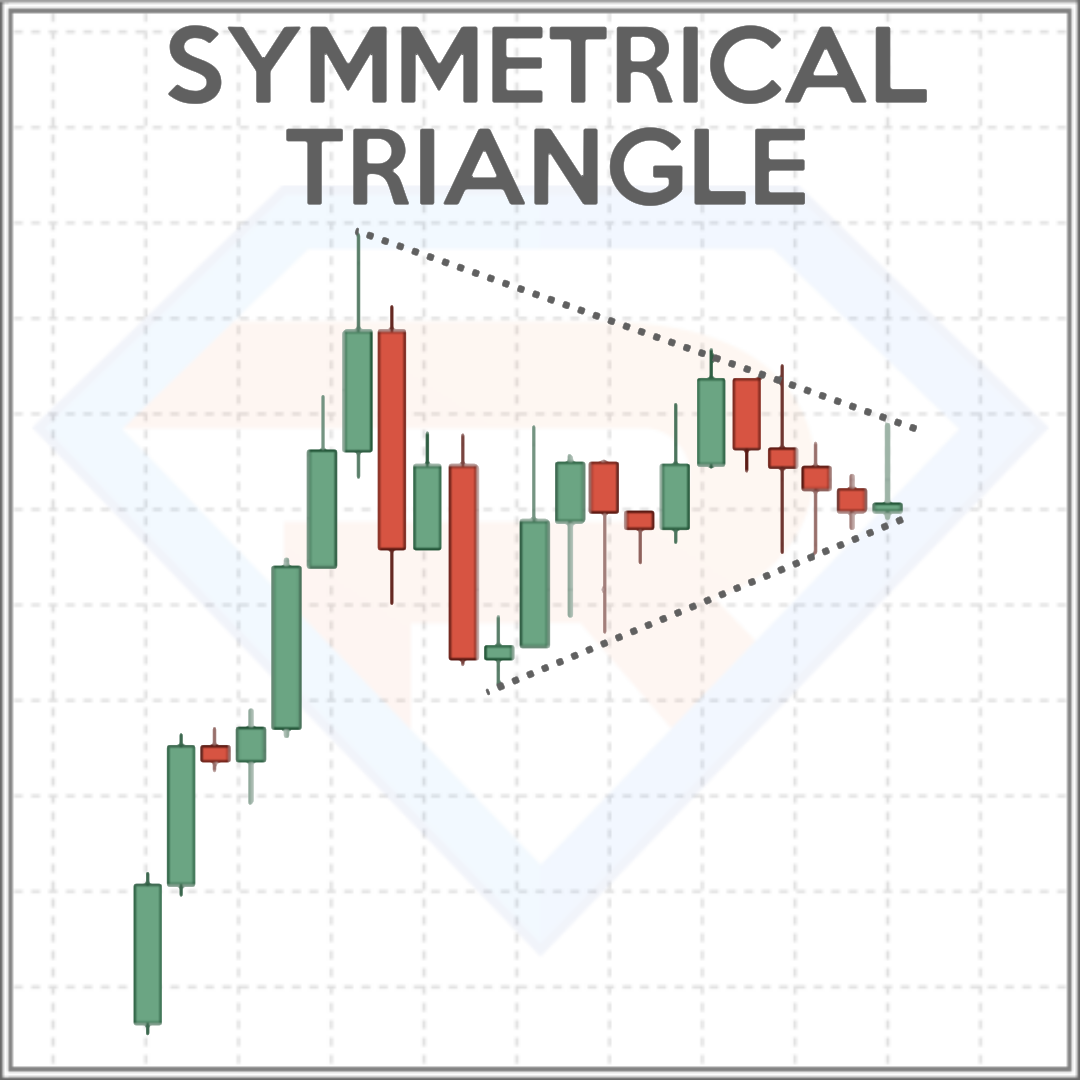 With the symmetrical triangle, you can see the swings and legs of the pattern, such as what we can see here:

With the bull pennant, however, candlesticks are jam-packed and too volatile for you to see its swings and legs:

Nonetheless, a bull pennant is more similar to a bull flag pattern: 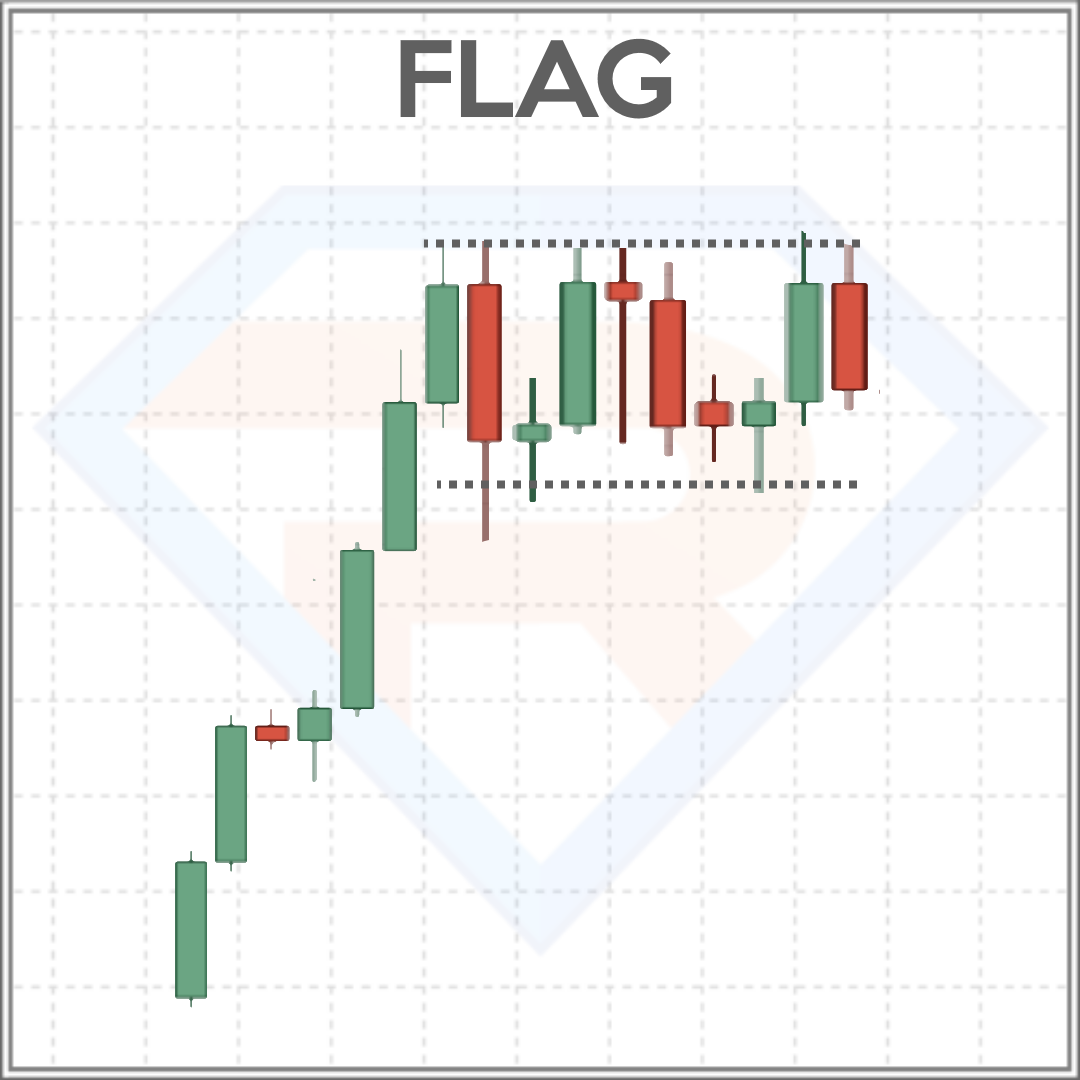 Aha, learning something new, am I right?

Imagine a group of people inside a conference room.

If all of them were to exit the room, say, they’re itching to go home or want to go to the bathroom, there’s a massive door for them to leave: 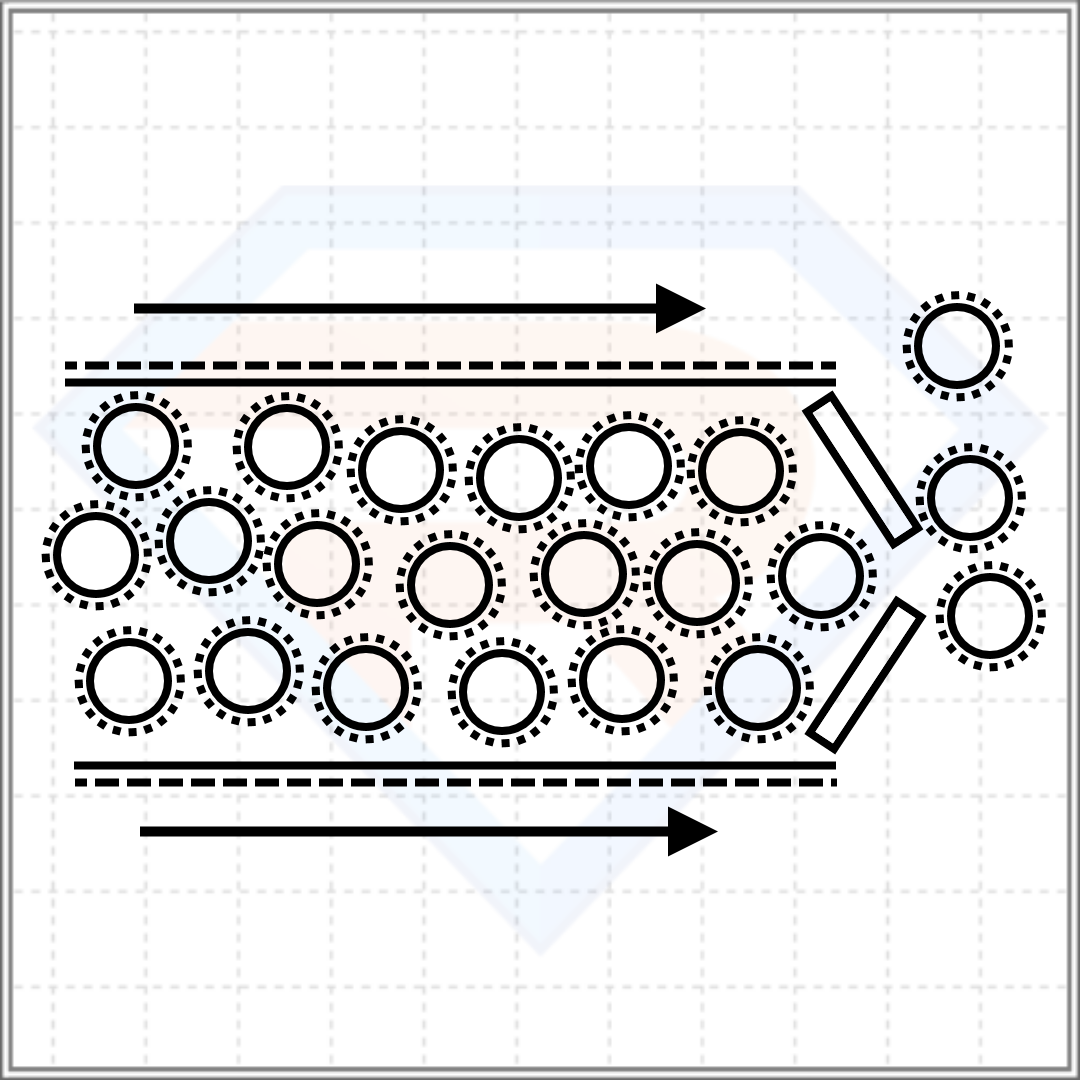 Now, what if everyone wants to get out, but as they head towards the exit…

The hallway starts getting smaller, and the exit door is tiny: 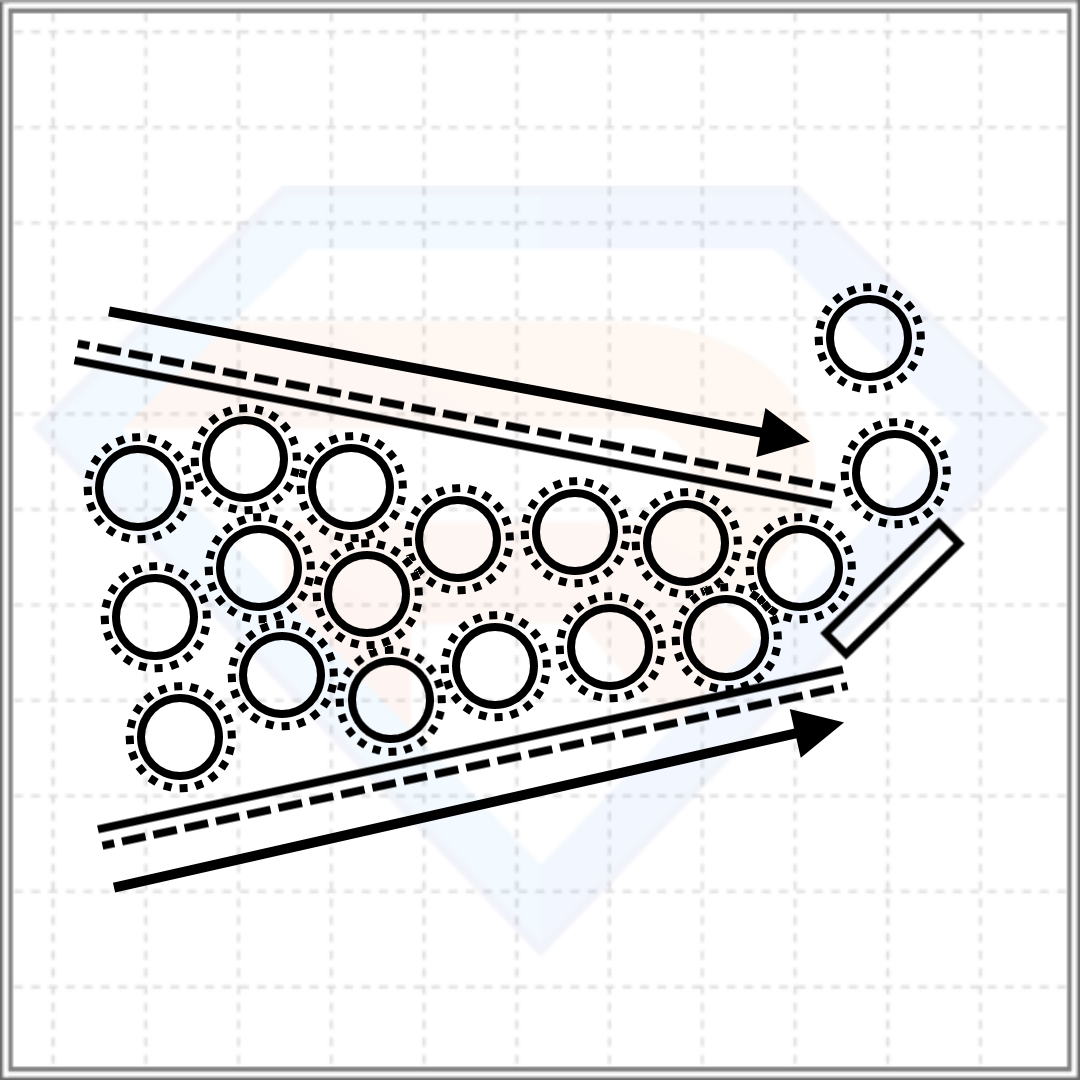 What do you think would happen?

“What the heck? Why is it taking so long to get out?”

“I have to go to the bathroom, hurry up!”

People would go into rage mode and blast the exit open, or even break it by force. 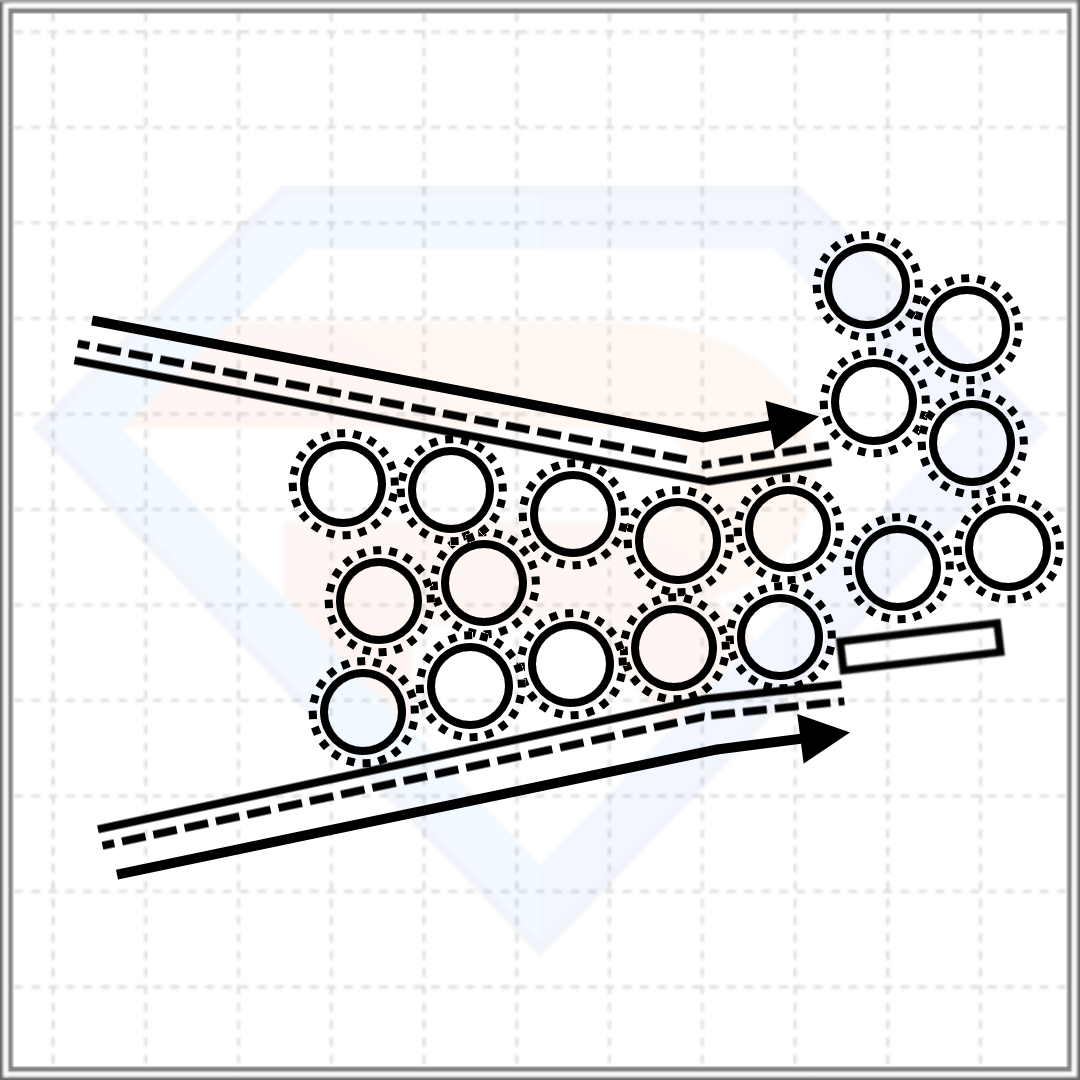 It’s the same thing with buyers and sellers on a bull pennant pattern!

It’s a sign of impending volatility as both buyers and sellers are itching to get out of the pullback.

“Okay, I get it, now how do we start trading this pattern so that I can make money right now?”

I know you’re itching to learn how to trade this pattern.

So let me share with you the common pitfalls of using this pattern first before I reveal the “secrets” of how to profit from it.

Mistakes To Avoid When Trading The Bull Pennant Pattern

No matter how you put it…

The bull pennant pattern is not a trend reversal pattern but a trend continuation pattern.

Meaning you’re better off trying to use this pattern to ride onto trends rather than catching bottoms!

This leads me to the first mistake.

However, if you’re planning to trade this puny pattern in the face of a juggernaut downtrend…

What do you think that’s going to happen?

Chances are, the pattern will fail, and the trend will continue!

You’ll find that it would be easier to manage your trade and increase your probability of profiting from the markets:

So the next time you see a bull pennant, make a simple checklist:

Am I about to trade a valid bull pennant pattern?

Are you trading this bull pennant pattern in an uptrend?

But wait a minute…

How exactly are you going to enter a bull pennant pattern?

Do you have an entry rule?

So, how do you enter a bull pennant pattern?

Place a buy stop order right above the breakout point:

However, I have to break it to you.

As you know, ranging markets or even pullbacks can be challenging to enter because of two reasons: 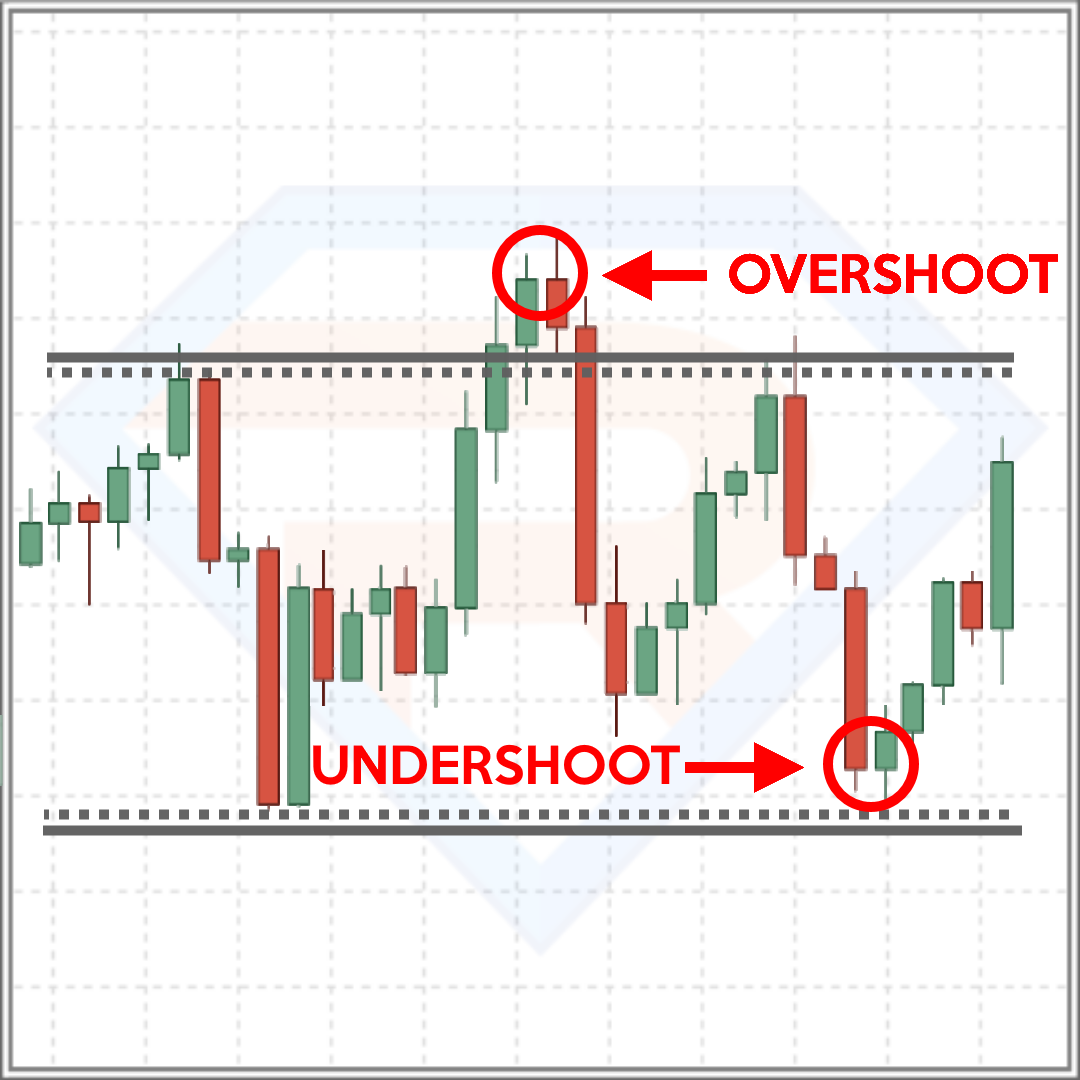 So, what would happen if you place a buy-stop order above the swing high?

The price could easily touch your buy stop order and reverse back into the range (overshoot):

So what’s the solution?

Wait for a bullish candle close above the pennant line. 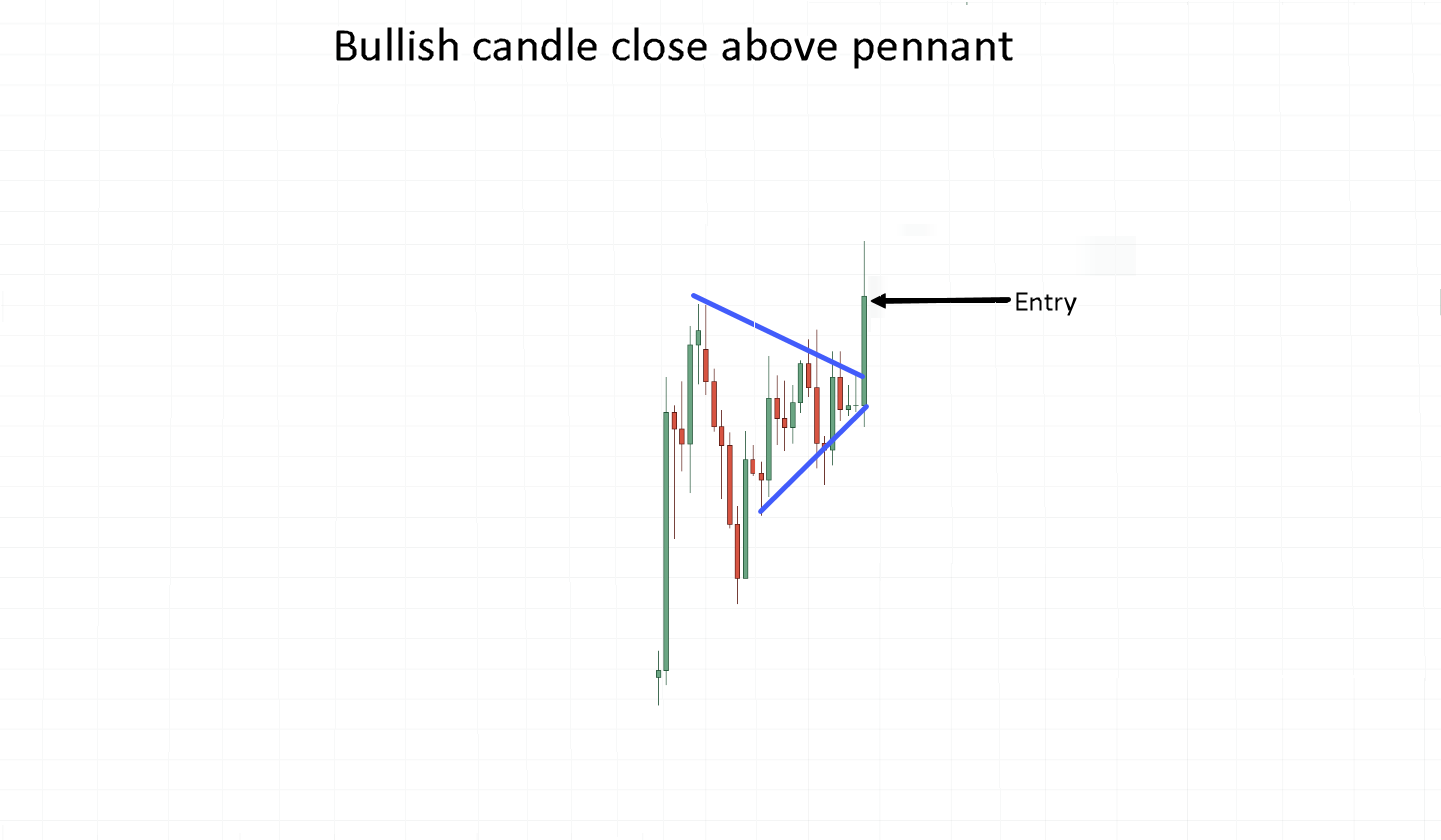 If the price makes this kind of move, it’s clear that the buyers who got “squeezed” finally broke out.

Do you recall my example earlier?

You’d want to make sure that the audience inside the conference room is panicking to get outside that tiny door!

So at this point…

You’ve learned how the bull pennant works and how to enter it.

But is it already a complete strategy?

Because in the next section…

I’m going to teach you how to use the bull pennant no matter what market condition it is.

But before we continue, I suggest that you already know a bit of price action, which you can learn here:  The Price Action Trading Strategy Guide

A Bull Pennant Strategy That Works In Trending and Ranging Markets

First of all, what are the different types of market conditions out there?

There are three types: 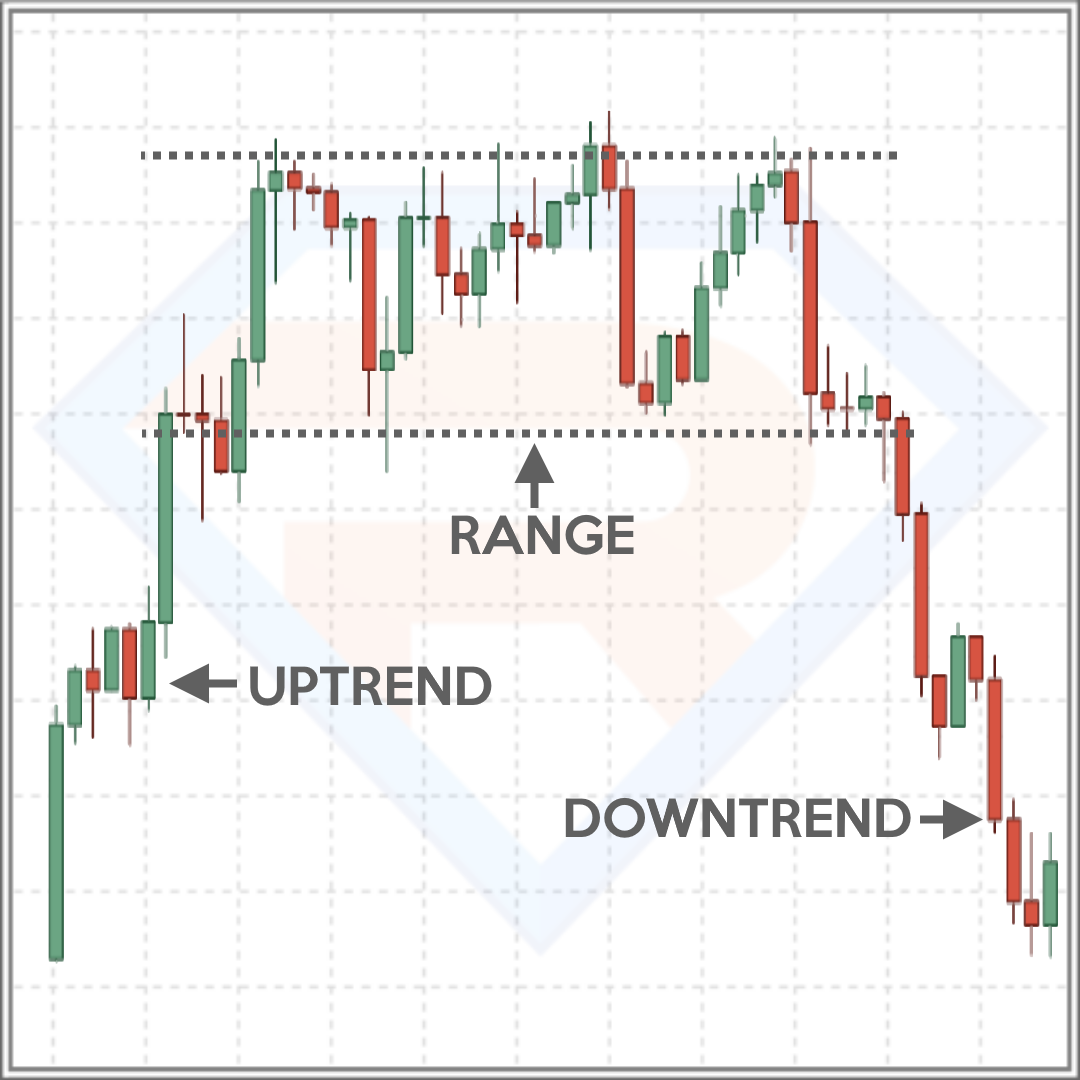 So how will you be able to take advantage and profit from these markets with the bull pennant?

Let me show you…

First, you need to know how to define an uptrend objectively.

Because if you can’t define a trend objectively, then your bull pennant setup will break down eventually.

By using a trend filter such as the 50-period moving average:

So if the price is above the 50-period moving average?

We look for bull pennant opportunities.

If the price is below the 50-period moving average?

Now, what if an opportunity arises and we see a bull pennant?

We wait for the price to make a bullish candle close while placing your stop loss below the bull pennant pattern:

How do we take profits?

Simple, since we don’t know how long a trend lasts, you can use the 50-period moving average to trail your stop loss.

So we would only exit when the price closes below the 50-period moving average:

Not only do we use the 50-period moving average to filter trends, but also to take our profits.

Since the bull pennant is a trend continuation pattern, it’s already given that these types of setup are unfavorable.

So, how exactly do we trade the range market?

Here’s the thing, we don’t.

What do I mean?

We wait for the range when it’s about to potentially end, such as looking for a bull pennant pattern forming at resistance:

If you see a bull pennant forming at resistance, it tells you that the buyers are starting to prevail and that an explosive breakout is imminent!

Now, since we anticipate a breakout of the range, there’s still no valid trend.

“Wait a minute, you said that the bull pennant is a trend continuation pattern; why are we using this in a downtrend?”

Yes, the bull pennant is indeed a trend continuation pattern!

But what if I told you…

There’s a way we can profit from downtrends while still using the bull pennant as a trend continuation pattern?

It’s a simple method that’s broken down into two steps:

What you’re doing here is trading between an ending downtrend and a potential starting uptrend!

Of course, you can use the bear pennant pattern (which is the opposite of the bull pennant) to trade with the trend.

Similar to the range market strategy, I still suggest you use a tight trailing stop loss such as the 20-period moving average:

But in the real world, there will be a lot of times where patterns will fail, and false breakouts will occur.

At the same time, I’m sure you’ve noticed that I kept these strategies as systematic and straightforward as much as possible.

The reason is that I want to give you the flexibility to tweak or add your own rules into these strategies because a strategy is only as strong as its user!

If you don’t “own” what you execute, you won’t find the confidence to use them consistently, and as you know…

The only way to achieve consistent results is with consistent actions.

So backtest your bull pennant strategy and do the work!

Let’s do a quick recap of what you’ve just learned today.

Boom, there you go!

So with everything you’ve learned today, here’s what I want to know…

Have you traded patterns similar to the bull pennant pattern before?

What are they, and how did they work for you?