What is a Morning Star Candlestick Pattern

In this video, I'll be discussing the morning star. 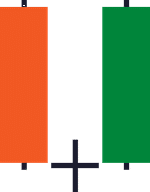 A morning star basically is a three-candle pattern.

Notice that there are three candles.

What you have is the first bearish candle where the sellers are in control and it pushed price all the way down closing near the lows.

What happened in the second candle is interesting, because usually when you get a strong-bodied candle, chances are the mixed candle tend to continue to move.

So, what happened is that the second candle didn't continue to the downside.

Instead, what you have is a Doji!

It tells you that both the buyers and the sellers are in equilibrium.

The third candle kind of seals the deal where the buyers step in and push price all the way higher and finally closing near the highs.

With that said, you should already have a good idea that it's actually a bullish reversal pattern.

Buyers are momentarily in control.

And the larger it is, the more significant the pattern is.

One thing I want to point out is that...

Whatever the candlestick pattern that you come across, you always have to be prepared that there are many variations to it.

What I've just shared with you in this candlestick series training video is the ideal textbook pattern.

But when it comes to the real world, it may not look like the textbook pattern.

So, it's important to understand what the candlestick patterns are telling you.

This is why I always go through this visual explanation of who's in control, what's happening, what's going on.

Similarly, the morning star is that sellers are in control.

They have a Doji, telling you that buyers and sellers are in equilibrium.

And then finally, the buyers took control and closed price and closed near the highs of the candle.

With that said, let's have a look at some example: 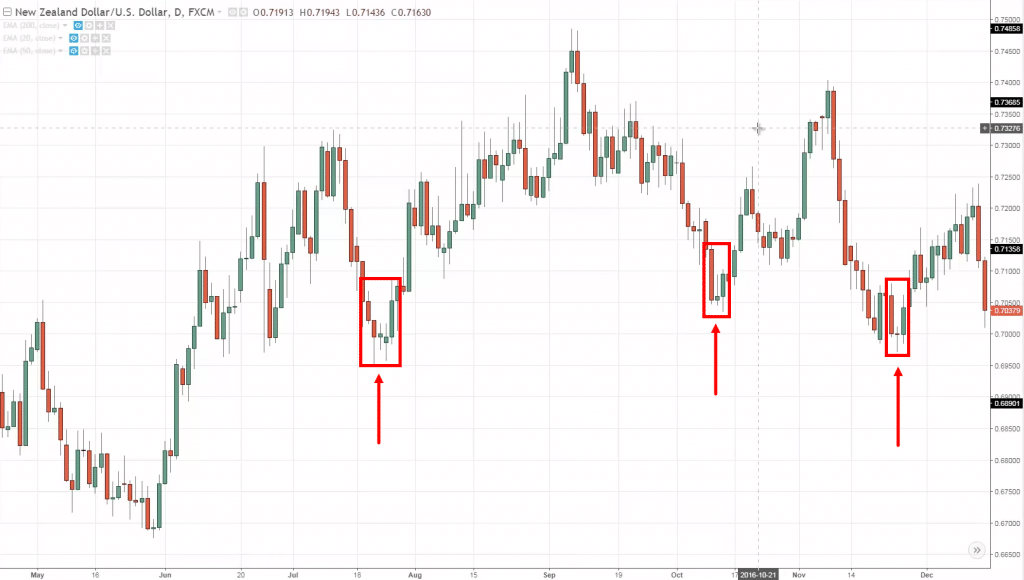 Ideally, the best pattern is where the bullish (third) candle closes above these highs of the first candle.

However, you have to take things into context.

You cannot memorize patterns because if you do that...

You will always get thrown off guard whenever the market presents a variation of whatever candlestick pattern that you have memorized.