#8: What is a Shooting Star

What is a Shooting Star Candlestick Pattern

In this video, I'll be discussing the Shooting Star.

It's basically the opposite of a hammer.

You can see that the buyers came in and pushed price all the way up higher.

And then the sellers came in and reversed all the gains made by the buyers.

Eventually closing near the lows.

Based on the visualization that you've seen...

It's quite straightforward to know that this Candlestick pattern is a bearish reversal pattern.

Sellers are momentarily in control.

And, the longer the wick, the greater the price rejection.

So, in this example, let me share with you a Shooting Star: 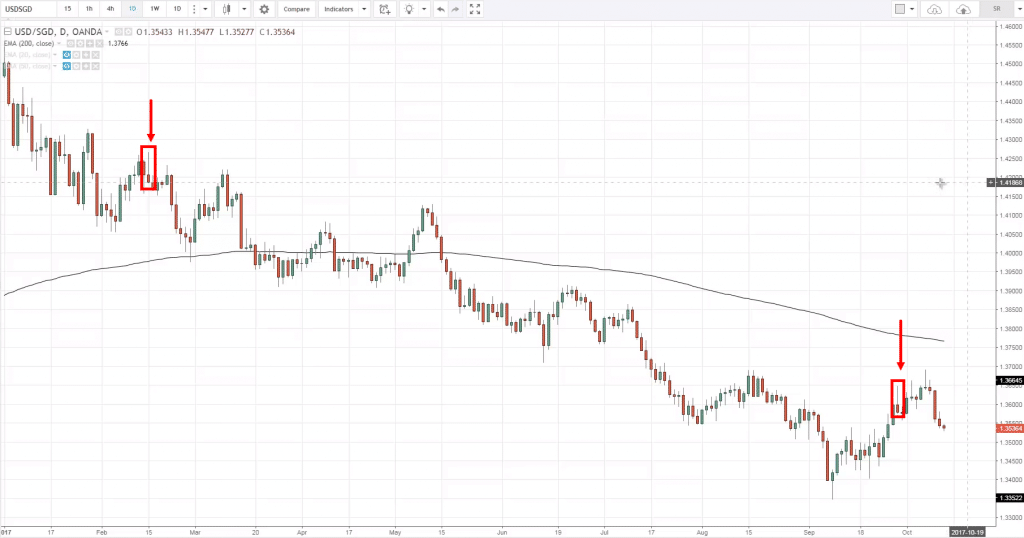 Another thing to note is that when you see a downtrend.

And then you spot somewhat of a Shooting star.

This only serves to reinforce that the sellers are still in control!

Don't think that it is a bullish pattern in a downtrend just because you see a long wick where it shows that the buyers have stepped in previously.

Because eventually, the buyers will exhaust themselves and the sellers came in and took control.

Let’s do a quick recap…

The key thing I'm trying to bring across is, understand what this individual Candlestick Pattern mean.

And afterward, you can use these tools and techniques that you've learned and make it as part of your training plan when you consider the different elements in your training.