#6: What is a Dark Cloud Cover

What is a Dark cloud cover

In this video, I'll be discussing the dark cloud cover.

The first candle is a bullish candle.

Buyers stepped in, push all the way up higher, and finally closing near the highs!

Then what happens is that the sellers came in, and pushed price lower all the way back down towards the low of the candle.

The dark cloud cover is basically when the second candle has closed below the 50% mark of the first candle.

It differs from the bearish engulfing pattern.

Because the bearish engulfing pattern would close beyond the open of the first candle.

Meaning that the bearish engulfing pattern’s second candle will close below the first candle totally.

Sellers are momentarily in control, and the larger it is the more significant it becomes.

And in fact, the larger it is, it will become a bearish engulfing!

Have a look at a few examples: 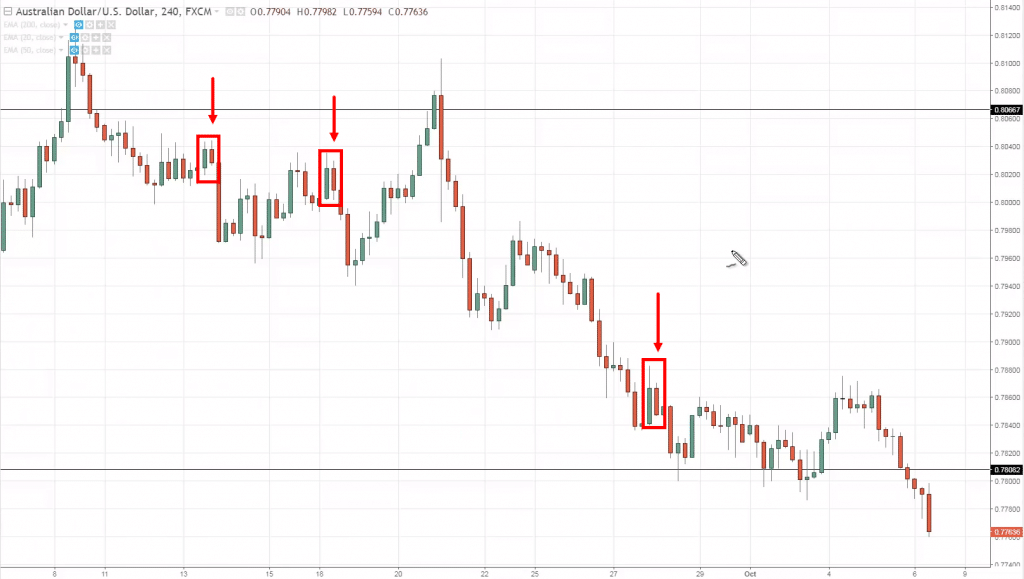 Notice it didn't close beyond the lows or the open of this candle.

But it has closed beyond the 50% mark.

This is considered a dark cloud cover.

With that said, let's do a quick recap...