A new way to trade

You’ve learned that the best risk management or discipline won’t matter if you don’t have a proven trading system.

Then, you’ve discovered that traditional technical analysis takes time to see results. And fundamental analysis is suicide if you rely on it to make your trading decisions.

If you missed the earlier post, then you can read it here.

So, how else can you trade the markets?

Well, there’s a new way and it doesn’t have a steep learning curve or take years to see results.

(This is also known as rule-based trading, quantitative trading, or mechanical trading. But let’s call it systems trading.)

This is a trading method that uses fixed rules to trade the markets (without subjectivity, ambiguity, or guesswork).

The benefits of systems trading that nobody tells you

1. You avoid wasting time and money

Because you’re trading with clearly defined rules, you can quickly test a trading system and see if it works or not.

And if you know a trading system doesn’t work, then you can avoid it altogether.

Never again do you have to wonder… “Does this trading strategy work or not?” because you can find out in a matter of minutes.

Can you imagine how much time and money you’ll save?

2. You can trade without emotions

One of the biggest problems a discretionary trader face is, emotions.

The good news is, it doesn’t happen with systems trading.

That’s because as a systems trader, you have a precise set of rules to guide your trading.

You know when exactly to enter, when to exit, and how much to buy or sell.

Can you imagine how confident you’ll be when you can trade without emotions?

If you have a proven trading system that works. Plus, you know the exact trading rules behind it so you have the conviction to trade it consistently.

Won’t that allow you to quickly become a consistently profitable trader?

You’ve seen the power of systems trading and how it can improve your trading results.

Next, you’ll discover the biggest myths about systems trading that have fooled many traders…

Myth 1: You need programming knowledge to be a systems trader

When I first started trading, I thought that systems trading is meant for people who have programming knowledge, are good at math, have the ability to code, etc.

But one day, I had a revelation…

I realized I’ve benefitted from technology without knowing how it works.

So this led me to wonder…

“Why can’t I be a systems trader without knowing how to code?”

Turns out, I don’t need to know how to code to be a systems trader.

In fact, I’ve used a formula to develop proven trading systems and it doesn’t require me to know an ounce of code—and I still don’t.

Here’s the result of a trading system that I developed… 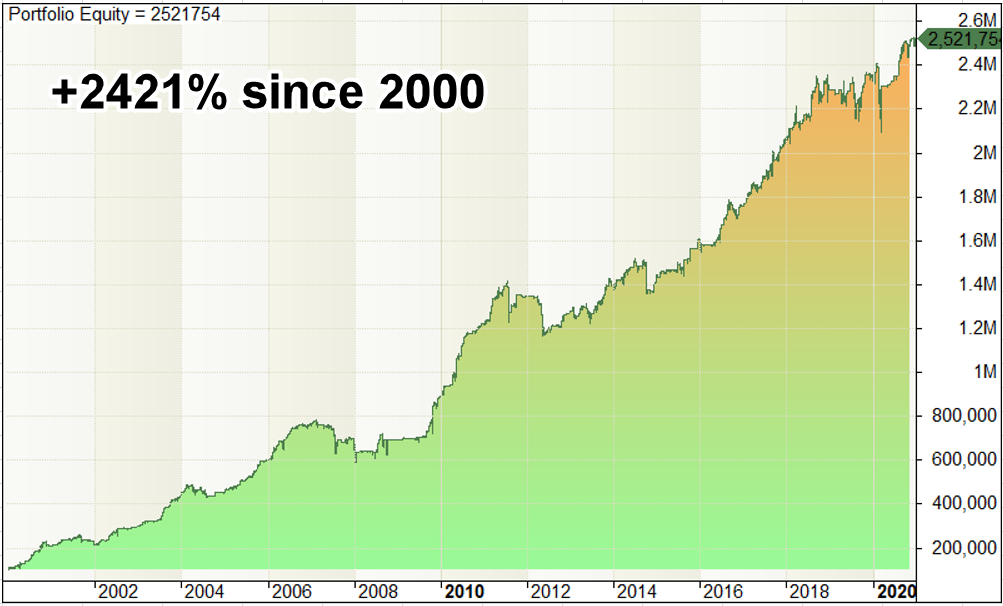 As you can see, this trading system has been profitable since 2000 and continues to work, even till today.

“How can I develop my own trading systems without coding?”

There’s a simple formula to it and I’ll show you how later.

David Harding, founder of Winton Capital has a personal fortune of US$1.5 billion, at the age of 55.

John Henry is known as the trader who bought the Boston Red Sox for $700m.

Do you know what they have in common?

They are systems traders.

In other words, they trade the markets in a mechanical manner without discretion.

“But it doesn’t work for a small retail trader like me.”

And I’m not the only one…

Here’s what Quek has to say about his trading results…

And here’s what Darren has to say about systems trading…

“My MOMO portfolio is up more than 40% since I started in June.”
– Darren Chew

If you’re equipped with a proven trading system, then systems trading can work for you too.

Myth 3: You need a lot of trading capital

I’m sure you can agree that…

If you’re into real estate or private equity investments, then you need at least $50,000 (or more) to get started.

You can scale your way to 7-figures or more even if you have a small starting capital. 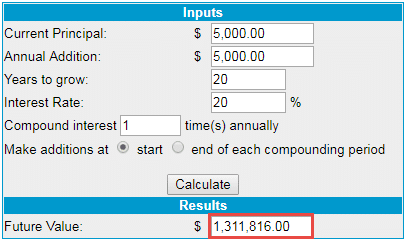 If you have a larger starting capital or can add more funds each year, then your earnings will be even higher.

Systems trading can be complicated if you want it to be.

For example, if you trade on the lower timeframe then you’ll compete with high-frequency traders where speed matters.

And to be fast, you need sophisticated technology and hardware just to be a few milliseconds faster.

(It’s common for trading firms to pay good money to have their servers placed beside the exchange, otherwise known as colocation.)

Clearly, it’s not a game where retail traders like you and me can win.

However, if you operate on a higher timeframe (like daily and above), then systems trading is simple. because you’re no longer competing on speed.

Instead, you’re exploiting “recurring patterns” so you can extract consistent profits from the markets.

This is something high-frequency traders are not interested in because it’s “too slow” for them and a waste of their technology and resources.

In other words, a systems trader on the higher timeframe has less competition, less complication, and less stress.

Here’s what Esmond has to say about systems trading…

“It is straightforward and really easy to understand. Heck, they even guide you step by step from A to Z, from which platform to use, how to enter the market without second guess and produce consistent results.” – Esmond Chong

Later, I’ll share with you a simple trading system that works so you can see how simple it is.

But for now, let’s move on…

Myth 5: You need a lot of time to be a profitable systems trader

Like learning a new skill, there’s always a slow and fast way to learn.

If you want to learn boxing, you can get a coach or watch youtube videos.

If you want to learn driving, you can get an instructor or start driving on your own.

If you want to learn public speaking, you can get a mentor or speak to yourself in the mirror.

Likewise, if you want to be a profitable systems trader, you can follow a proven formula or figure it out through trial and error.

The good news is…

I’ll share with you a proven formula that works so you don’t have to waste time and money figuring it out on your own.

Here’s what Arthur has to say about systems trading…

“I spend around 15minutes to find entry points, manage my trades, and make decisions each day.” — Arthur

Plus, I’ll even teach you a simple stock trading system so you can use it to profit in the stock markets without getting killed in a recession. 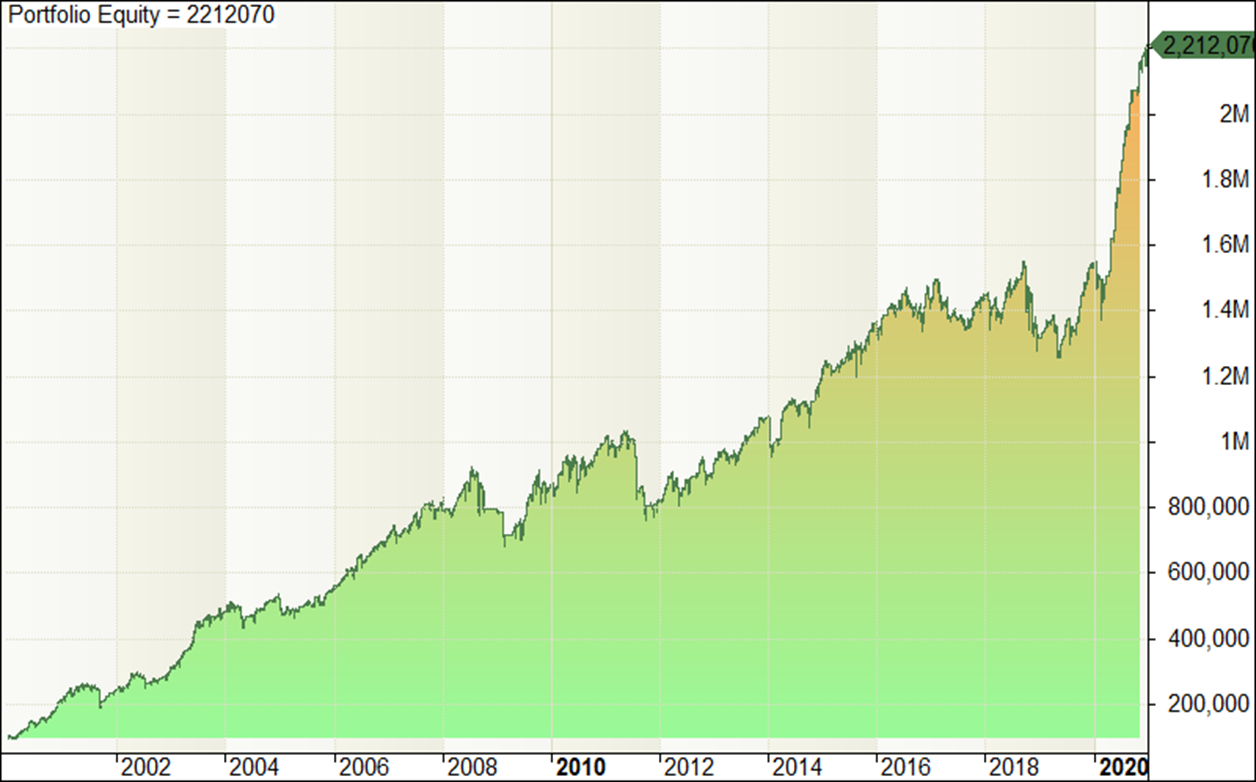